Before the establishment of ice factories in Mallorca, this product was obtained on the island from the collection of  the snow falling in the mountains, especially the mountains of the Sierra de Tramuntana.

Ice at that time, was a very popular product, it had important applications in the medical field, and therefore,it was imperative that the island’s hospitals were supplied with this product, which was used primarily to treat burns and as anti-hemorrhagic

It was also used to reduce fever and as anti inflammatory.

If we talk about gastronomy, the ice was clearly essential to preserve certain kind of foods, but also was basic for the manufacture of ice cream and horchata (typical spanish tigernuts frozen drink), known as «agua de nieve» snow-water.

A very popular coffee shop or chocolateria in Palma, we are of course talking about Can Joan de s’Aigo, founded in 1700, prepared for over two centuries, frozen drinks and ice cream with the ice coming from the majorcan «casas de neu» or snow houses.

In fact its founder, known as Joan de S’aigo ,was a nevater (ice maker), selling fresh water, ice and ice cream, of course in the summer, when it was hot, the price of this product increased. 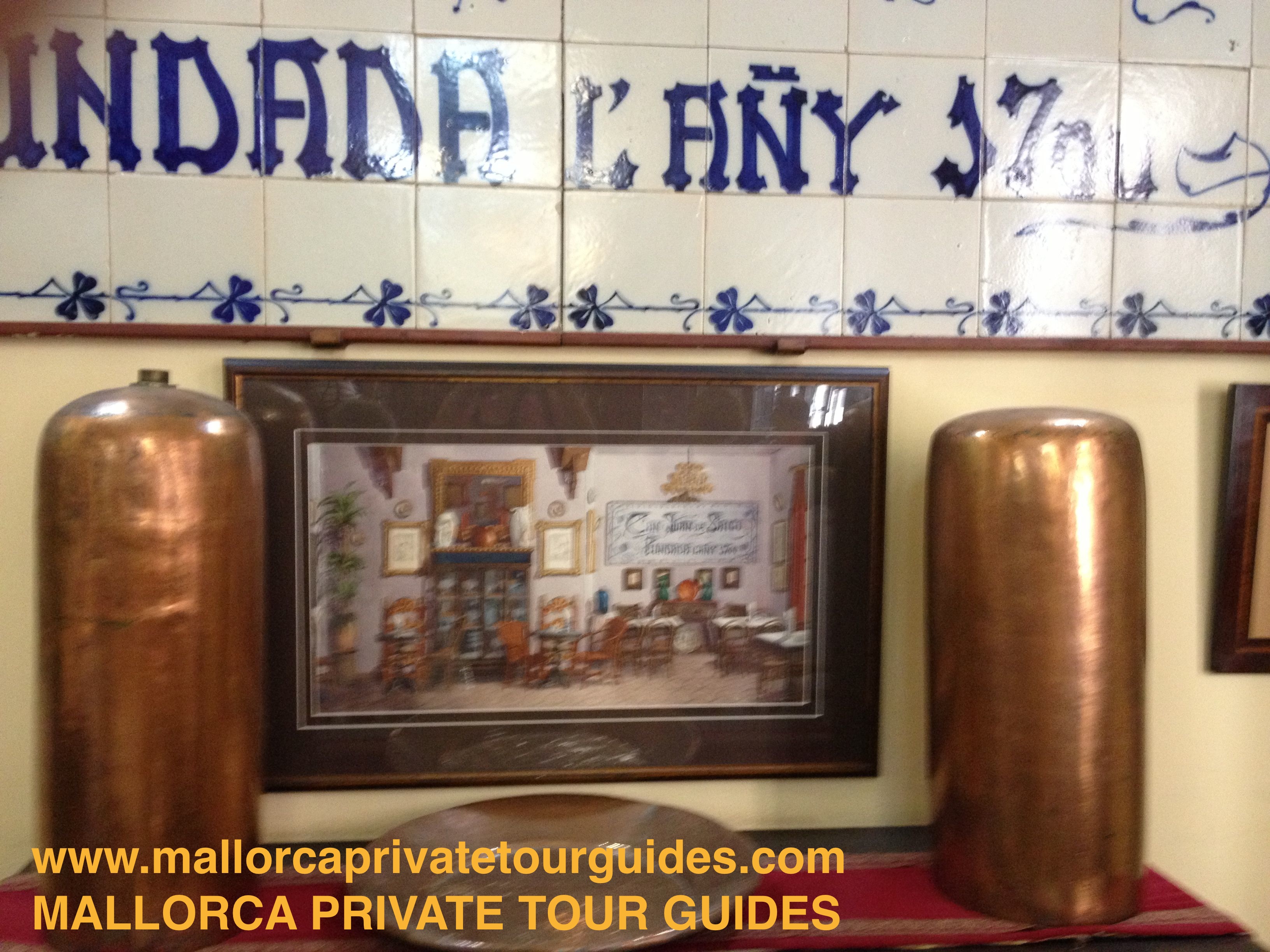 At those times,the snow and ice was stored in cylinders called “bombones de  refredat” (cold cylinders), which were used to make ice cream.

1656 the authorities of Mallorca dictated  a law called “the Capitols de l´obligat de la neu “ a legislation with the purpose of regulating the supply and trade of snow in Mallorca, as well as, the Ice price, renting of “cases de neu” snow houses and the trade tax on ice.

We have in Mallorca, plenty of documentation coming from eighteenth and nineteenth century, about the snow houses or “casas de neu” existing and trading from the ice production in Mallorca. In years of heavy snowfall, the snow collected on the island was exported to to our neighboring island Menorca,but in times of scarcity,  the snow was imported from Barcelona, can you imagine the difficulty of transporting this delicate material.

When in the early twentieth century were installed the first ice plants on the island, the snow houses or «casas de neu» were quickly abandoned and apparently those of Comellar de Comafreda were the last that were in operation in Mallorca until 1927.

Another factor contributing to the demise of this ancient Majorcan trades will be the arrival of electric refrigerators in the 30s.

Until recently, it was wrongly believed that the location of the snow houses  “casas de neu” always stood on high altitudes. But it was not the case on the island, there is evidence that there were snow houses “cases de neu” located at altitudes ranging between 400 and 500 meters.

Its shape is generally rectangular with rounded corners, and often it can have elliptical shapes too.

The deck used to be a wooden frame covered Carritx,( an herb that abounds in the mountains of the island called snow grass), although there were also made with roof tiles and even limestone vaults and lime mortar vaults.

In winter, after a snowfall, is when the hard work began, a group of youths accompanied by an experienced “nevater” (ice maker), climbed to the mountains,  gathering the snow, and placing it into the snow house “cases de neu” or snow deposits.

When they got enough amount of snow, the «nevaters» (ice makers) went down into the snow deposit, to press the snow using a mallet or just stepping on it.

This operation will be repeated until the snow house “casa de neu” was full or they don´t have more snow.

Then the snow was coated with ash and covered with Carritx  (snow grass ) and branches.

In April when the snow had turned into ice, the ice transportation began, and usually to at night to avoid the sun.

The snow was transported from the mountains to the villages, carried by mules and donkeys or in carts,  shaped in rounded blocks called “Pans de neu” (snow bread because its similar shape to majorcan bread).

As we all know in Mallorca doesn´t snow too much, so many times this “nevater” (ice maker) trade in Mallorca has been made occasionally by  “carboners” (charcoal makers) or “margers”  (dry stone walls makers).

While this craft in other locations was performed by women too, in Mallorca was a trade made by only men.

To find the first written references of this ancient majorcan craft «nevater» (ice maker) we must go back to 1595, Binimelis wrote on his book “Mallorca´s  general history”, that the “nevaters” (ice makers) lived near to the snow houses “cases de neu”, because there were not accessible by carts, as most of the snow houses “cases de neu” at that time were on the highest mountains of the Sierra de Tramuntana (many of them over1000 meters hight or 3280 feets hight), this means that almost all the paths on the Tramuntana mountains were made by shepherds, “carboners” (charcoal makers) and “nevaters” (ice makers).

Nowadays we can still find in Mallorca some old snow houses “cases de neu”, mainly in the municipality of Escorca, in the mountains of the Sierra de Tramuntana, at the foot of majestic Puig Mayor (the highest mountain in Mallorca).

In Mallorca still exists around 50 snow houses “cases de neu”, and even one of them is located on the center of the town  Galilea, one of the few that remains inside a village.

1550 the owner of Son Quartell decide to change the name Sa Mateta by the current name of Galilea because he said it reminded him to Galilee in Palestine.

Surely many of you have passed numerous times in front of this snow houses “cases de neu” and  you have not realized about it, Mallorca Private Tour guides would like to invite you to take a tour to the Sierra de Tramuntana and in addition to marvel with its amazing landscapes, (thats why it has been declared World Heritage by UNESCO), you will have the opportunity to discover the majorcan snow houses “cases de neu”.

Let us be your guide through the Sierra de Tramuntana, with our experienced tour guides you will discover the most beautiful places, ancient crafts and trades that for a long time have been made on the island and today have fallen into disuse, but discover our roots will be for you an unforgettable experience .

And why not a visit to the home of a famous “nevater” (ice maker), after  enjoying a guided walking tour into Palma´s old town, a visit to Can Joan de S’aigo, to discover in the heart of Palma´s old town, a unique setting to enjoy one of their famous  homemade ice creams, created by his ancestor and founder Joan of S’aigo and of course with a tasty ensaïmada or a “cuarto”   ( a sponge cake) …. you can not miss it.

In our team we have experiences tour guides specialized in mountain tours, walking and hiking tours and cycling tours, which will guide you to discover the most beautiful places of Sierra de la Tramuntana ( declared world heritage by Unesco) and its walking paths, old crafts and traditions of our own island.

Discover with Mallorca Private Tour guides, Mallorca´s mountains….Let us guide you……… and for sure you will enjoy this unique experience.