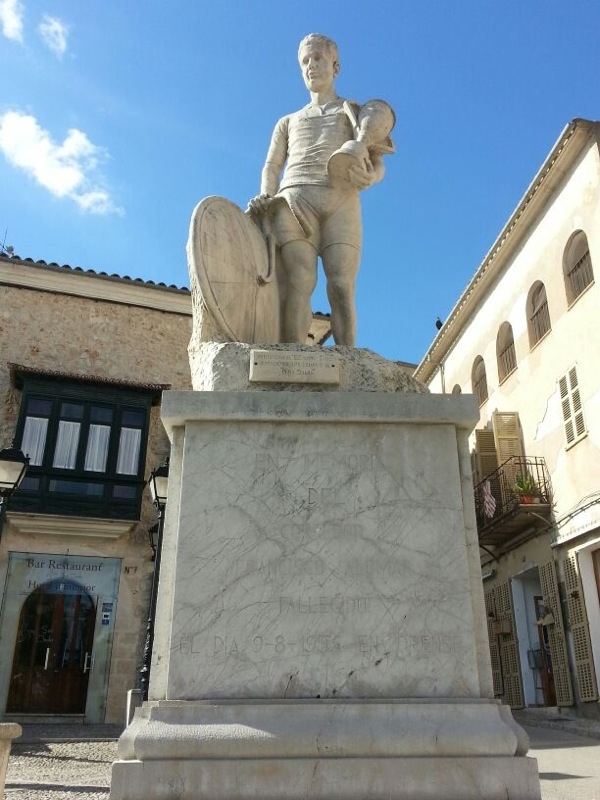 Among its successes the two bonze medals in the championship of Spain, and second place in the Tour de France,in the phase between Monaco-Marselle.

He dies 9th august 1955 in Orense, in an accident, hit by a car, while he was returning from a race, the Galician Tour.

His death was a great mystery in the time, people said, that the car that hit him ,was drove by a Franco´s relative or by a person releated to Franco´s family, a married man ,who was accompanied by a famous lady, who of course, was not his wife,  (people said, that this mysterious lady.

Due to theses circumstances, and because of who the driver was supposed to be, relative of general Franco, his death was never investigated.

The day when he was hit by the car, he was not alone, he was ridding as the last of the group of cyclists,and mysteriously no one saw anything and if someone saw somenthing, never spoke about it.

His body was embalmed and took back to Sineu Mallorca, where he was buried.

People says , that Bardem´s movie “Death of a cyclist” is inspired by his death, and because of it, the movie was heavily censored by the Franco´s regime.

In Sineu, during the town celebrations, they organize a bike race, which departures from his monument in Sineu, and before the race starts they keep a minute´s silence in his memory.

As today is Wednesday, and every Wednesday in Sineu is made one of the most traditional and beautiful markets on the island, we thought of writing something about Sineu.

Let us guide you to Sineu and discover an amazing town on the center of Mallorca, with its amazing local market to enjoy the real flavor of the mallorcan traditions, art crafts, local products, colorful stands, full of fresh fruits and vegetables freshly picked of the orchard.

We invite you to come to Sineu and enjoy Sineu market every wednesday.