As everybody knows Sineu Market has been held weekly every wednesday since 1306, by a royal privilege granted by King James II, and over the years it was becoming a reference for the whole majorcan Pla , especially for the agricultural and livestock sector, which have gradually lose its importance in our islands, but still nowadays, Sineu Market has become a must for any visitor coming to our island, since it is the only one market which is authorized to sale live animals, and at the same time is also a reference for Sineu village, both economically and socially.

But today we´d like to make an especially mention to the Sineu May Fair, which ig going to be held in Sineu the first Sunday on May,and due to its age, dating from 1318 (thanks to other privilege granted by King Sancho) has become the most important spring fair in Mallorca, and the one withmore visitors, after Dijous Bo in Inca, in November.

The term «fair» what could be defined as a more important market than an ordinary market and held in a public place on certain days, which are usually holidays in the villages where they are held, and long time ago it was the place where producers and consumers went to get in touch and conduct  their comercial transactions more easily, as well as negotiating prices and payments between traders.

In Mallorca, these agricultural fairs become important since the end of the eighteenth century to the mid-nineteenth century, as well as being the center of trading, was also the place to supply products for the harvest, and the means of production and transformation, and it was time to update prices, so fairs in Mallorca were held either in spring or autumn, as was necessary in the first case to stock up on the tools to reap and thresh the grain, while in the second case , it was time for the renewal the land lease contracts on farms “majorcan possesions”,and to agree the properly apply of the weights, measures and market prices

The «mostassaf» was the person on charge to control it and he was also the responsible for checking the quality of the food.

That is why in Sineu, at City Hall, we can find the  oldest “Barchilla” (old meassure system), dating from 1242 (Barcella Sineu), which is the model that was use to produce later more “Barchillas”, and it was equivalent to six majorcan almuds,the Sineu “Barchila” is made of bronze, conical shaped, with two  gothic handles, and between the handles, on one side there is the coat of Sineu, and on the other, the coat of arms of the Royal House, and it´s hold by three feet, and in its upper part has a bar called the “rasador”, an iron bar and this bar have been made later than the “barcella”

The «Barcella» was equivalent to 11.72 liters, and its equivalence for weight depended on the type of cereal being measure(10 kg for wheat, 7.5 kg for barley or 6 kg for oats)

But if we look back in time, we can confirm that in Sineu, and in the Muslim period there is evidence of the existence of a market which involved a weekly meeting,and it was called by the Arabs «Suq al-Arba’a» and it was the precedent of present Sineu Market, and was located in the current Mercadal Square in Sineu village, under the stairs of the famous winged lion monument in honor of St. Mark, patron of farmers.

Although it would be in 1306, when King James II issued the royal privilege which consolidated and protected the Sineu market, and years later, in 1366, the same right would be confirmed by King Pedro IV of Aragon, and since then Sineu Market has been held in Mallorca.

But the crisis of the fairs and markets, as commercial activity came after 1960, when farming began to lose strength and become a minority sector, due to the introduction of mass tourism.

Tourism industry was growing more and more, and nowadays is the prior productive sector on majorcan economy productive and thus constitute today, 75% of our GDP (gross domestic product), while the agricultural sector currently accounts for 1% of GDP of the Balearic Islands.

If we make references to sentences linked to the Sineu Market or Sineu Fair, we can find several in our island,such us «Fer dimecres» (do Wednesday), or «firar» (feriar) mean besides the simple meaning of participating in the market, a synonym for get drunk, as it was usual days when markets or fairs were made, to go to the different barson the village to drink after closing the deals.(«fer barrina»)

And an eschatological and distasteful phrase and that is: «I shit on Sineu«,it comes because when the fair was made in sineu, it was the hateful day too when the royal procurators went to Sineu Fair to collect taxes. 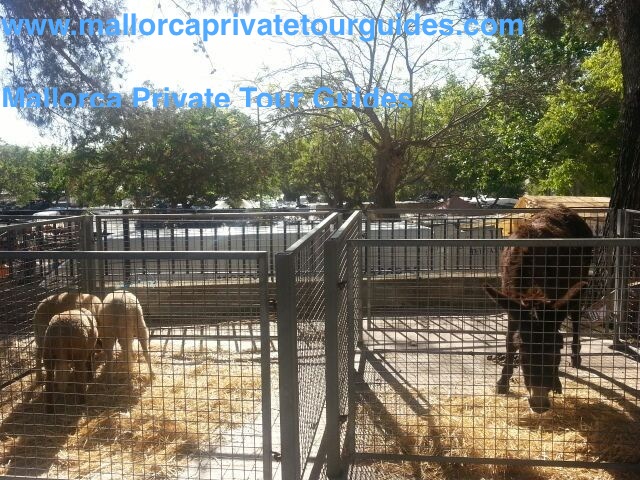 Without a doubt, what we want now is all of you to visit this Sunday, Sineu fair and enjoy taking a walk throug the town’s streets and you will see how among most trendy articles,you will find too, still alive medieval traditions on this fair day in Sineu, the most important market made on the vtown during the whole year.

And if it is not possible for you to visit Sineu and its May Fair, remember that every Wednesday of the year, you can go to one of the more traditional markets made on the Island.

Let us guide you through the fairs held in Mallorca, discover with Mallorca Private Tour Guides, the amazing Sineu May Fair,one of the most spectacular fairs taking place on the island.

Our guides will make you to discover unpublished unique corners of this historic town, its medieval traditions, the spectacular architecture that Sineu offers  visitors but mostly let yourself to be involved by the atmosphere of the Sineu fair, as the frendly people who live in this town, which makes guests to feel at home, the huge amount of crafts you will discover at the different fair stails, but mostly do not miss trying the delicious gastronomy that Sineu offers visitors and delight yourself in one of its many restaurants or cellers drinking a Mallorcan glass of wine and frito mallorquin(delicious majorcan speciality) and enjoy the party atmosphere emanating from every corner of the town.

Quite an experience not to be missed, come and enjoy with Mallorca Private Tour Guides, Sineu- May Fair, feel at home in one of the most cozy towns in Mallorca.

Hope to see all of you there. 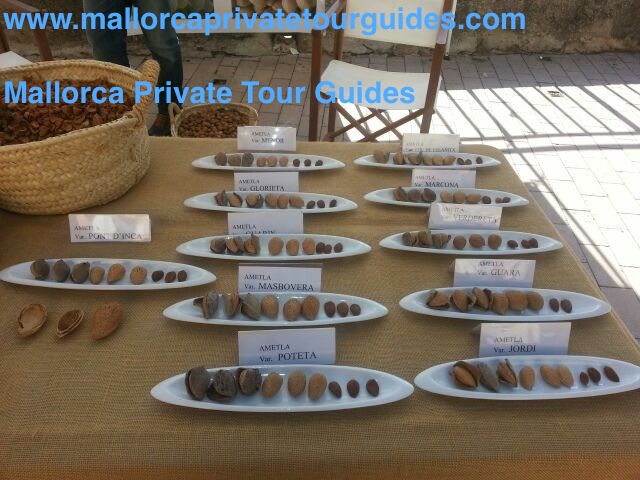